“Who is Kidding Who?” 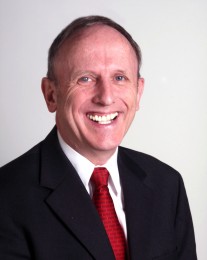 EC Norbert Hennessy’s excitement is palpable. “The product we have - it’s habitually used and unconsciously purchased. Everybody uses our product every day, every hour, every minute! Nobody has to store our product out in their garage. We don’t have to sell our product; we only have to show people what we have. It’s the first bill paid every month. It’s a recession-proof business. I mean, who’s kidding who?”

Norbert says he’s just an ordinary guy on fire. Monday night he told a packed house of more than 300 people in Flushing, New York, “I feel that I am the face of hope for everyone here, and I’m just an ordinary guy. If an ordinary, normal guy like me can do this, then anyone can do it. We have a simple business. Just find a like-minded person and help them find customers.” About our Opportunity he implored the crowd, “Please see what I see. If you do, you will run with it. It is here for everybody!”

Due diligence leads to “ignorance on fire”
Norbert first heard of Ambit Energy on a 3-way call between EC Ray Montie and SC Runee Harris. All three were in a different business at the time. Norbert overheard, “We’ll talk about Ambit later.” He got on Google to do his due diligence and he says, “I spent the weekend on a high after learning all about it. ” He knew, “This is what I’d been waiting for!” He called Ray and said, “Tell me about Ambit Energy.” Now Ray is Norbert’s Sponsor and Runee is one of the five SCs that helped Norbert promote to EC.

Norbert hails from Tipperary, Ireland, and although he’s been in the USA since 1972, his brogue still carries a few expressions requiring a wee bit of explanation. He says when he joined Ambit, he and his team drove all over the Bronx and Westchester County with “ignorance on fire.” We think that means something akin to “blind trust with a dose of adrenaline.” Whatever it means, they had, “...pure belief in our product and what we were doing.” Norbert even called Albany to order vanity plates for his cars. One says AMBITNY, the other says NYAMBIT.

Eight days after joining the business, RC Norbert Hennessy was on a plane to attend Ambition 2007 with three other newly minted Regional Consultants: SC Denis McCarthy, SC Geraldine O’Brien and SC Aidan Ruane. He chuckles, “I may never be the company’s #1 income-earner, but I was the #1 person to register for the first Ambition and nobody can ever take that away from me.” He says, “Last year we had four on the plane. For the next Ambition maybe we’ll bring a whole planeload, maybe even on a private charter. Who knows?”

Norbert’s billion-dollar business
Ambit Energy Co-founder and CEO Jere Thompson was the special guest at the first meeting Norbert’s team hosted in Yonkers last November. “It meant a lot to me because he could’ve gone to Manhattan or Brooklyn or Queens.” NC Brian McClure was there, too. After the meeting, Jere and Brian hosted a dinner for RCs and SCs. Norbert recalls, “It was phenomenal that we could have dinner with them and talk with them about the company.” After dinner, Norbert showed Jere his license plates, and Jere still has the photos he took in his cell phone.

Norbert attends a business presentation every night of the week, and his team hosts meetings twice a week. “It’s so important to be plugged in or you lose your focus. And focus is key. You want to be around positive, like-minded people. I want to uplift people and uplift my team.”

When people say of Ambit’s infancy that they’re getting in on the ground floor, Norbert disagrees. “We’re not on the ground floor; we’re only in the basement! Even though I’m already an EC, I still don’t feel I’m there. Every day I get up and thank God for what I have. I own a billion-dollar Ambit business!”

Thank-yous
Norbert wants to give the “people behind the scenes” at Ambit Energy headquarters their due. “The customer support and Consultant support are phenomenal,” he gushes. “The people are very educated and whoever trains them deserves a clap on the back.” (There’s another one of those Irish expressions: “Clap on the back” is a good thing.)

He wants to thank his upline and the five SCs responsible for his promotion: SC Runee Harris, SC Stu Kaplan, SC Anthony Naranjo, SC Kevin Kerrigan and SC Tim and Yolanda Hunte. “They’re all extremely coachable and that’s how we made it happen,” Norbert says. He also says, “Although she doesn’t know it yet, Ray Montie’s other half, Danielle, is my calming voice when I get flustered or bothered or when something’s not right. I’ll call her and we’ll just talk. She lets me know everything’s going to be all right.”

Advice for new Consultants
“Talk to your upline. Don’t tread this path alone. There is phenomenal support for you.” He says, “You cannot re-invent the wheel. There’s something in motion that’s working. People might think there are shortcuts, but it’s hard work. Just know you’ll be amply rewarded to the work you do.”

“When you give someone a DVD, you look that person in the eye and say, ‘Don’t take this unless you’re going to watch it tonight and bring it back. This is my dream. Don’t you dare take my dream away from me!’”

Norbert says he, “…looks to go to the mountain top and shout down to all the people about what we have!”

If you’re looking to be uplifted, inspired, motivated, made happy, energized or anything along those lines, call EC Norbert Hennessy. After all, “Who’s kidding who?”