A Delayed Dream Worth It All 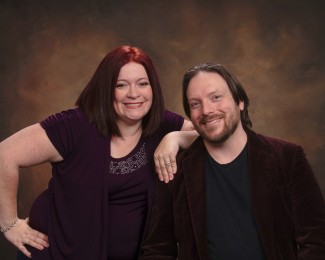 Life with four kids under the age of five is hard, but their Ambit business has allowed Stephen and Danielle Lee the chance to spend much needed time with family and build on skills they gained in past careers.  The pair met in Seattle.  Stephen was a hairstylist; Danielle was a flight attendant.  They were both in the service field and loved working with people.  However, they craved more time with their families and flexibility.  “We faced a lot of very difficult financial challenges in 2008,” Danielle said.
It was the success of family friend, Esther Spina that made Stephen and Danielle consider joining Ambit.  They continued going through financial challenges in Seattle, and they figured it might be best if they were to do something drastic.  After lots of prayer and counsel, the two decided to move to Texas with their two young children.  It was a very difficult decision for them to leave all their family and close friends in the Pacific Northwest, and for Stephen to surrender a hair clientele that took him fifteen years to build in Seattle.  “We lost our home in Seattle, had a car repossessed, and struggled financially even after we finally jumped and made the move to Texas in 2011,” Stephen said.  “There were many times here in Texas we had no idea how our rent and other bills were going to be paid, and the Lord always provided and came through for us,” Danielle said.

They pushed their Ambit business to the side for their first three years in Texas, but held on to the conviction that they were supposed to be in Texas working their Ambit business.  “In December of 2014, we took a good look at ourselves and areas where we blamed others for our situation.  We decided to stop blaming others for our own bad decisions. We forgave people who we had not yet forgiven and started restoring relationships.  We believe that our business took off after we did this and God blessed it,” Stephen said.

The Time Is Now
Family means the world to Stephen and Danielle.  It was an eventful few years as they expanded their growing family.  In 2010, Elijah was born.  Then, in 2011, Gabriel was born.  Joshua followed in 2012 with Isabella in 2013.  Their reason for working their Ambit business became even more apparent.  “Our “why” is being present for our children and not gone all the time at a job with them in childcare all day,” Stephen said The extra time they had available while working their Ambit business became more important in other ways too when it came to family.

In March of 2015, Stephen’s mom was diagnosed with stage four lung and brain cancer.  “After two brain surgeries to remove the brain tumor, her health deteriorated and she was moved to hospice care,” Danielle said.  Stephen, Danielle and their four young children flew to Seattle to be with her during the last month of her life.  The two credit their Ambit business with their ability to be able to spend that amount of time with her.  “We had all of our expenses covered for our trip to Seattle for six weeks and all our bills paid in Texas with no financial stress because of our income with Ambit,” Stephen said.  They both knew that necessarily might not have have been something they could have done if they didn’t have their Ambit business.  It wasn’t long after Stephen’’s mom passed that tragedy struck again.  “We found out that Danielle’s 55-year-old mother was being moved to hospice care due to liver failure,” Stephen said.  Again, they were on a plane with their four children to say their goodbyes to Danielle’s mother.  “We lost both of our Moms this summer and our hearts were broken,” Stephen said.

The Ambit Effect
In January of 2015, Stephen and Danielle made a pact with each other.  They moved to Texas to start their Ambit business. After years of struggling to make ends meet in Texas, they decided now was the time to focus on growing their business.  Danielle attended Simulcast in January. “After they announced open enrollment, I called Stephen and we told each other that we are doing this” Danielle said.  The countdown started.  We knew we were five people away from being promoted to SC.  We gave ourselves a deadline of Ambition 2015 to hit Executive Consultant,” Stephen said.  In February, they hit their first goal of reaching Senior Consultant.  By August 8, they reached their goal of Executive Consultant.  They were less than one month shy of their AMBITION 2015 deadline.
The pair has always had the idea that they wanted to be in business together as a family.  And, their dream of working together has finally come true.  Their initial goals for their Ambit business were simple.  “When we started as Consultants, we just wanted a little extra money for our car payment,” Stephen said.  They both agreed they have far exceeded that goal.

Our “Why?”
Our why is being present for our children and not gone all the time at a job with them being in childcare all day.  Also, helping other people discover Financial Freedom, break poverty mindsets and making other peoples dreams their reality.

What was your single most-effective Success Tool, factor or influence for growing your business?
Writing down our visions and goals daily and weekly.  We looked at them every day to track our progress and worked every day to reach them.