From Tough Times to “Epic” Success 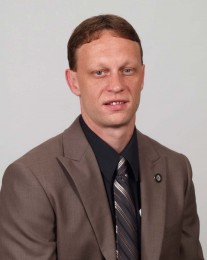 Every Ambit Energy Consultant has their “WHY” – the main reason that they start their own business and strive for success.

Patrick Flander used to work two jobs, with a full-time position “working long hours” as an administrator for a road construction company and a part-time career as a professional disc jockey on weekends. Life was, he admits, “extremely busy.”

And then the resident of St. Johnsville, New York, found not just one “WHY” – but two.

In January 2010, Patrick’s boss called him to let him know that “the company was re-organizing and my job could be in jeopardy.” And a few months later, his older brother – who had made many sacrifices on Patrick’s behalf while they were growing up – told him that his wife was going to need brain surgery.

“When he came to me, I thought about Ambit – which I had recently been introduced to,” recalls Patrick. “I knew that I could go to work and help.”

PERSISTENCE PAYS OFF
“It was my neighbor and long-time friend who told me about Ambit,” says Patrick. “Over a couple months, he stayed in contact with me two or three times a week – following up to see if I had checked out his website. He’d invite me to his house and offer to take me to a presentation.”

“But one day he came to my house as I was getting home from work, and he asked me ‘for a favor’ – to go with him to a Business Presentation and take a look, then get a drink. I agreed because I figured the phone calls and invitations would stop. Or so I thought!”

Patrick and his friend went to see a presentation by National Consultant Ray Montie, and “it all made sense to me.” He realized that he could make additional money with a service – “a necessity of life” – and not a product.

He did his research, calling the New York State Public Service Commission and inquiring about energy deregulation. And he remembered a college professor who had demonstrated how network marketing could be successful.

A ROUGH START
Patrick saw all the benefits of being an Ambit Consultant – realizing that it wasn’t asking people to change their buying habits or spend extra money, and that the timing was perfect.

“The idea that this was going to happen, with or without me, kept me up at night,” he says.

But at the beginning, Patrick was not well-received in his community among his family, friends and co-workers. “I went about introducing the Opportunity the wrong way. People were uninformed, and many told me that it wouldn’t work.”

“I still have friends that won’t take the time to look at Ambit or become my customer. But I was presenting the service my way, and not the Ambit way. I couldn’t get anyone to a presentation and got all kinds of rejection.”

His dad became his first customer, though, and a few friends and neighbors signed on as customers – and Patrick started to receive his first commissions.

“But my sponsor Wayne Lynch, Kirk Horan and Ray Montie challenged me to get plugged in and try it their way,” says Patrick. “And it was when I heard NC Brian McClure state that ‘you need to understand before you can be understood’ that I knew I needed to become a student. And then my business started to grow and I began to promote.”

THE MOTIVATION THAT DRIVES HIM
Although he started his Ambit business “extremely part-time” – three to five hours a week – Patrick also kept in mind some words of wisdom from EC Mike O’Bay: “We don’t’ go out to do Ambit – we do Ambit while we are out.”

Patrick attended weekly meetings and started to find more time for his business – and his commissions began to increase while his team grew as well. “I put forth a consistent ten to twelve hours, and was continually educating myself. It was right around that time that I got that call from my boss and soon after, heard about my sister-in-law’s medical needs.”

He took his desire to help his family as motivation to work his Ambit business more and more. “I couldn’t do everything, but a consistent, part-time commitment allowed me to give back and help out. Because Ambit was my vehicle, my niece and nephew still have their college savings – and it was incredibly gratifying to be able to give back to my brother during trying times.”

Then, in March 2011, Patrick’s employer of 16 years told him he was being let go because his position was no longer needed. “I was proud to inform them that the ‘energy thing’ they told me ‘wasn’t legitimate’ and ‘wouldn’t work’ now paid all my monthly bills – and that I made more money last year with my part-time energy business than I did with them after more than a decade and a half.”

He proudly explained to his now-former boss that he had become an Executive Consultant with the fastest-growing private company in North America – “according to a magazine that my boss subscribed to” – Inc. magazine. “In the words of the Rolling Stones, ‘you can’t always get what you want, but if you try sometimes, you just might find you get what you need,’” claims Patrick – revealing his music-loving DJ side. “I may not have the largest business in Ambit, and I haven’t reached all my goals. But in 19 months with a consistent, part-time effort, I reached my financial freedom number.”

“So now I’m full-time with Ambit, and I’m very appreciative, thankful and blessed to have what I need.”

ALL ABOUT PEOPLE
Patrick believes that the best way he gets paid “is with the relationships that I’ve built with positive people that I’m meeting. I understand that the only way that I have success is by helping others have success.”

“I have great people on my team, and couldn’t have reached this level without their efforts and successes.”

Although he has achieved the Executive Consultant level, Patrick asserts that “it’s not all about the money – it’s about helping others and changing lives. It becomes more than riches when you’re approached by someone that thanks you because our business saved their home from repossession.”

Despite all the complications in his life, Patrick is confident that both his upline and his own team have helped him overcome these challenges and find his path in life. “Because of Ambit, my family and my future family will be free of financial worries.”

Down the road, Patrick looks forward to becoming a National Consultant, “getting that yellow coat” and spending all the time he can with his family.

“I’m going to keep my end results in mind, but also enjoy the ride by helping others along the way,” he says. “I see myself learning more, becoming a better leader, and passing it on as we all grow our businesses.”

His best advice: “Keep it simple.” Regardless of education or past experiences, Patrick believes that becoming a student of the business is essential to success. “The best thing that happened to me was failing in the beginning – because it helped me understand that I needed the proper training, which finally led to success.”

“With all the times of challenge and frustration, I wanted to quit more than once. But I’m glad I made the right choice by not walking away. It takes perseverance, persistence and passion to make it happen!”

“AMBITION MADE ME BELIEVE”
Patrick remembers his first AMBITION – he attended the 2009 event as a Senior Consultant. “By attending AMBITION, it became real to me – what was before me, and that I needed to become more a part of it. I remember saying ‘that’s great for some of these people having all that success – but successes like that don’t happen to me.’”

“Well, if you think that way, then it won’t. But hearing the co-founders speak helped me develop focus. And spending time with Ray Montie helped me find my path. I would not have attained that support if I didn’t go to Dallas.”

“AMBITION made me believe.”

At that first AMBITION, Patrick was grateful to discover that Ambit’s co-founders “care about me – and all of us,” and that “the corporate office in Dallas is full of people that work tirelessly to make this possible.”

And at AMBITION 2010, he took one word home with him from Chris Chambless’ speech: “EPIC.”

“Every morning, I wake up and start repeating my new motto: ‘EPIC,’” says Patrick. “Had I not been at AMBITION, I wouldn’t have felt what I re-live every morning – one word, one choice, one answer. I want to be a part of something EPIC with Ambit.”

“When I get going each day, whether I’m on the phone or going to help someone on my team or driving to Pennsylvania – none of this happens if I’m not there for AMBITION. It’s a ‘must’ to attend. You can’t explain it, you just have to experience it for yourself.”

And that’s coming from someone who has truly grown from his entire Ambit journey. Starting as a struggling new Consultant with two “WHYs,” and now as an Executive Consultant striving for “EPIC” success, Patrick Flander is truly an Ambit success story.