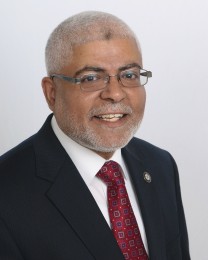 When Khaled came to America in the mid 80’s to go to college, his plans were simple: acquire his degree and then return back home to help build up his country. He felt this was the only way to rescue and bring his family, whom he had left behind, out of poverty.

During his time in the United States, Khaled married and started his own family. After graduation, he returned home with his American wife and his oldest of two sons. He quickly found that the degree he had worked so hard to obtain was of little use in his country. He was instructed by the Ministry of Education to take a job anywhere he could.

Over the course of the next two years, Khaled worked as a translator for a company that imported wood into the country, and also as a second grade teacher in a private school, along with tutoring students in the evenings to make ends meet. During his time in the U.S. studying, he also learned about “The American Dream.” The “Dream” was possible to obtain; however, the obstacles in his country were too numerous. Khaled, his mother and his wife decided he should apply for a VISA to return to the U.S.

Journey to a reunion
When the rumors of a civil war started, he sent his wife and two sons back to the states for safety. Due to the visa process with the American Embassy, as well as the scholarship agreement he had received from his school back home, Khaled was not able to leave his country before an allotted amount of time had passed.

Once his wife and sons were back in the states, Khaled’s mother-in-law and wife began to work toward his reunion with them. They contacted the local newspaper and television station just to find information out regarding the civil war in Yemen. The local news station helped with information and, in return, asked for an exclusive when the family reunited.  The office of Congressman Spencer Bachus, local representative, was also contacted.

At the time, Spencer Bachus was a senator for the state of Alabama, who personally took an interest in expediting Khaled’s reunion with his wife and two young sons. Khaled managed to make his way to Egypt and the Senator’s office personnel took it from there. The congressman flew in from Washington D.C. to meet Khaled at the Airport in Birmingham, Ala., and gave Khaled a United States flag that had flown over the U.S. Capitol. The local news channel covered the meeting and got their exclusive.

After he was able to return to the U.S., Khaled brought his family to Texas with all his hopes and the possibility of “The American Dream.” Khaled’s family has worked together to build that dream from the ground up. Khaled has become an American Citizen, an honor he does not take lightly. Their family has established a home in Murphy, built a home for his family that remains in Yemen, acquired a rental property In Richardson, and also purchased Q4 Retail and Wholesale Auto Company in Dallas.

Ambit has given me hope
Being introduced to Ambit has opened up a completely new chapter of “The American Dream” for Khaled. As a consultant, he has taken advantage of the full scope of training that Ambit has offered him, attending luncheons, weekly meetings, and traveling to other cities for lectures and conferences. He has invested in CD’s and found them valuable and truly helpful in his day-to-day travels around the Dallas metroplex.

“The whole family is Q4 Energy,” said Khaled, who is so proud that he recently became an Executive Consultant in a short time span of just 14 months. His wife co-hosts his weekly meetings at their office, as well as a once a month Food and Fellowship the first Sunday of each month at their home, all while keeping their down line informed with the latest Ambit news. His sons are now in their twenties and are both Senior Consultants in Ambit as well. Khaled’s advice to his sons and all that are new to Ambit: “By being persistent and consistent, you will reach your goal. Never Quit!”