The Right Place, The Right Time 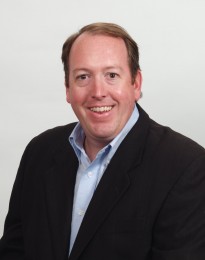 With a successful career in real estate, Ward Miller knows the importance of location when building your dreams from the ground up. In the beginning, he took a job with a local agency, posting “for sale” yard signs. His hard work and dedication propelled him to become a respected agent and ultimately, president and owner of his own real estate company. He has been involved in more than $100 million in real estate transactions and was chosen to be a member of the Greater Dallas Association of Realtors Leadership Program.

But when Ward, Carrie (his wife of 13 years), and his two children reached a turning point in their lives, he began to reassess his career goals.

“My family and I had recently made a big change by moving to our ranch outside of Glen Rose,” remembers Ward. “The timing could not have been better, as I was looking for something new while still working a ton of hours in real estate and on other ventures.”

An Opportunity Built on Reputation

“My brother-in-law [now Executive Consultant] Kevin Finch called me in July 2006 and told me about a new electricity company that Jere Thompson, Jr. was starting,” says Ward. “Back then, Kevin didn’t have all the details, but he was excited about the opportunity.”

“Kevin’s excitement - along with knowing that Jere was the CEO - got me excited, because I knew of the Thompson family and what they stand for,” Ward recalls. “What impressed me most was the caliber of the people. Chris Chambless and Jere Thompson, Jr. sealed the deal for me.”

From Questions to Resolve to Results
As Ward launched into his new venture with Ambit Energy, some of his close friends had questions - and some had strong doubts.

“In the beginning, some of them didn’t know what to think, and others thought I was downright crazy.” But the more Ward learned about the Ambit Opportunity and the genuine potential it offers, his confidence and conviction grew stronger.

Soon, he began building on his dream with a plan and a clear goal: “When I started with Ambit, my expectations were to grow a large and vibrant business gathering lots of customers - and helping other Consultants do the same.”

And with his sights locked on becoming a National Consultant and joining the Ambit Millionaire’s Club, Ward is taking steps to achieve that goal every day.

So now, how do his friends and family feel about his success with the Ambit Opportunity? “They’re thrilled!” declares Ward. “Many have become my customers, and others are Consultants that I work with to help build their Ambit businesses.” Building a Foundation with a Superstar Team
“I’ve got the greatest team in Ambit!” says Ward. “I couldn’t have done it without them. First, there is my sponsor, who happens to be my brother-in-law, Kevin Finch. I can’t thank Kevin enough for reaching out to me in the beginning and asking me to take a look at his Ambit business. Kevin and I have traveled the country helping each other.”

He also recognizes the tireless contributions of his team. “Daryl Thies, Trey Hooten, Mike Lambert, Stan Smith, and the dynamic duo of Pat & JV Hutchinson are real superstars in this business who were willing to do whatever it took to become Senior Consultants.”

These members of his team earned the promotions that helped Ward reach the EC level. “Without their help and support, I would not be where I am - and I truly owe them a big ‘THANKS’ for all their work and dedication.”

Ward advises new Ambit Consultants to find people who are eager to succeed. “Target people who are at a specific place in their lives, where they’ve determined that they are going to be successful in life and have the means to make it happen. Invite two or three people each day to look at your Ambit business.”

He also emphasizes the power of quick response: “Speed equals success with Ambit. The faster you get started and promote through the marketing plan, the faster you start earning bigger and bigger checks.”

A Place He Can Truly Call His Own
Looking back, Ward recalls that he “worked long hours in real estate and other ventures. Now I wake up each morning when my kids wake me up, I get to make them breakfast, or just hangout with my wonderful wife. This has truly been life-changing.”

With the support of his amazing team, his unyielding drive for future success, and his passion for helping others achieve their goals, Ward is a true success story. But he’s not done:

“I would like to purchase the ranch of my dreams and allow my wife to build the home of her dreams on it. That would be a win-win situation!”

And now, thanks to being in the right place at the right time with Ambit, he’s building a future he and his family can call their very own.